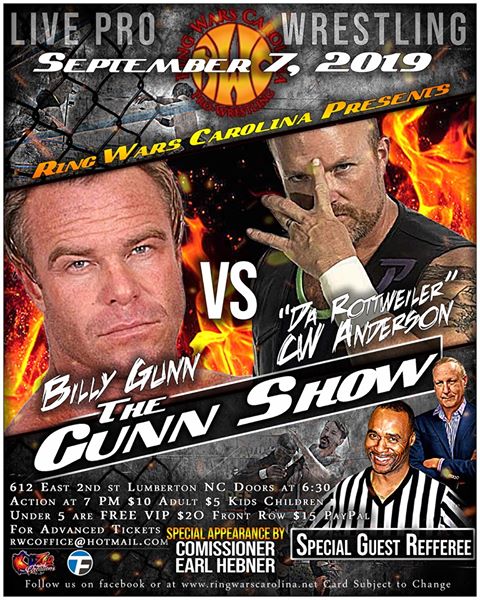 Match 3: Lynzee Pike defeated Sadie Lee Moss by DQ when Sadie hit the referee with her cookie platter while trying to hit Lynzee.

Match 4: RWC Jr Heavyweight Champion Caribbean Tiger retained his championship, defeating James Anthony by using brass knuckles given to him by Joseph Everhart.
Semi Main/RWC Tag Team Championship 2 out of 3 Falls:
Pink Gang Defeated The Misfits to become the New RWC Tag Team Champions, before the match got started Curtis Cash announced that Dino was not here due to having emergency surgery on his wrist so Cash introduced his partner for the night, his long time friend Jake Tucker.
1st Fall: Cash & Tucker after help from Joseph Everhart
2nd Fall: Pink Gang after help from Kent Wolfe
3rd Fall: Pink Gang by pinfall 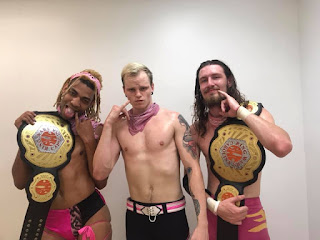 Before the Main Event General Manager Earl Hebner was thanking all the fans for coming to the show when he was interrupted by Flex Simmons, Flex came out and wanted Earl to make a match for Candy Bowl for the RWC Heavyweight Championship, Earl said he had his shot and lost but Flex said he pinned Eddie Brown last month in the 6 man Tag Team Elimination Match, Earl said that is true and that he would grant Flex his match but only if Eddie Brown agreed to it. Nite-Stic Eddie Brown came out and said that he would give Flex his match at Candy Bowl but he better start working out and getting ready cause this match was gonna be different then the last one.
Main Event: WWE Hall Of Famer "Bad Ass" Billy Gunn defeated "Da Rottweiler" CW Anderson,.Eddie Brown started off as the referee for this match but was shoulder blocked by Billy Gunn by accident taking a hard fall to the outside. Billy Gunn would then talk Earl Hebner into being the referee for the rest of the match.
Join us on Sept 21, in Fayetteville NC at the Cumberland County Crown Arena for Taco Fest 2019. 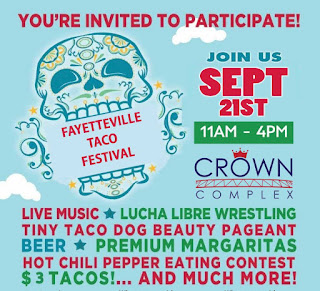 Ring Wars Carolina will have show times starting at 12:30 pm. Tribute to Lucha Libre Wrestling!
Posted by ring wars carolina at 8:47 PM
Email ThisBlogThis!Share to TwitterShare to FacebookShare to Pinterest