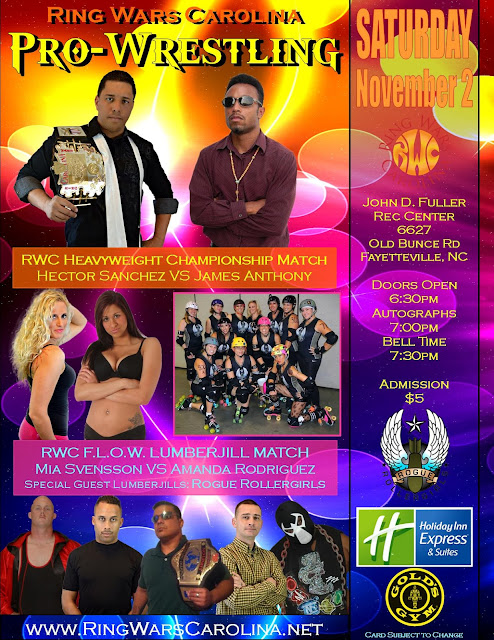 
CANDY BOWL 2013
"Fans select names at random from the Candy Bowl, and set the matches! The winner receives $200 and the next shot at the RWC Heavyweight Title."